One night during my vacation in Rijeka I had a vivid dream of finding new issues of PC-Guru and 576 KByte at a newsstand. These two were the defining gaming magazines of my childhood. I was an avid reader of them from 1997 till 2003. After that I stopped caring about gaming magazines, because the editors I adored were mostly gone, the magazines got ridiculously expensive, and internet access became available for me in high school. When I saw that both of them had the old layout and editorial staff I started digging for my wallet, then woke up.

Besides the utter disappointment that it was all just a dream one thing kept bugging me: their info boxes. Both magazines had them, usually at the end of their reviews. These summarized basic stuff about the game (developer, publisher, requirements, etc.) and the editor's opinion presented in the form of a single mighty percentile value. 576 KByte even had a short tl;dr section above the final grade, and rated each of the game's four major attributes: visuals, playability, length/replayability, and sound.

I really loved the percentile ratings, especially how counterintuitive they were. For many readers these numbers didn't serve as the closure of a review, but as the beginning. While I usually read the magazines cover to cover, I too prioritized reviews about games that got excellent or horrible rating over the others. I also found amusing how people interpreted the ratings. One would think that on a scale of 1 to 100 a game with 50% rating is mediocre. Even the editors told us so! Yet the general rule of thumb among readers was that games with less than 75% were not worth bothering with. Make it 80% if you are picky.

This got me thinking about improving my reviews a bit. A terse information box will not only help the reader find basic stuff about the product quickly, but also allow me to throw out trivialities from the text - like page count and format. I will also use percentile ratings from now on, because they are awesome. I have three reviews in the pipeline: Tunnels & Trolls Japan Adventures, Monsters! Monsters! 2nd edition, and Fuchsia Mayonnaise... Maladies... or something like that. They will be perfect to experiment with the new format. Stay tuned for more!

Disclaimer: The DriveThruRPG links on this site are affiliate links. If you buy something through the link we'll get some credit for your purchase too. 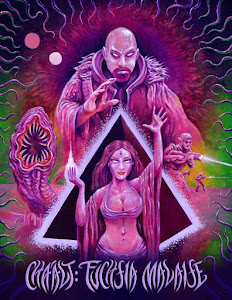